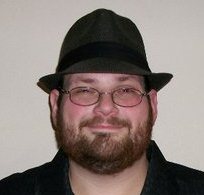 > >
> > Was it when Byrne was illustrating the book? Had to be late seventies early eighties but I'm really not sure as I don't have those books up north. Anyone? Anyone? The guy ended up in a broken heap missing teeth with his makeshift Shield looking like a garbage can lid (if that wasn't what it was to start out with)mangled by a days' worth of traffic.
>
> I don't recall that scene but I read an old Tales of Suspense not too long back when Cap decides to retire so he can have a "normal" life with Sharon Carter. A few Cap wannabes come out of the woodwork only to get injured and almost killed. Steve has to save one of them if I recall. I'm sure the idea has been revisited a few times.


The scene in question takes place somewhere in Captain America & The Falcon right after the Secret Empire Saga, but before Hawkeye convinces Cap to take on the identity of Nomad. I'd say issue 177 or 178.
It was a one page adventure of this Cap-4-a-Day. Biker "Scar" Turpin thought he was tough and could be the new Cap, but alas he was left battered and bruised after his first outing.


"You're welcome...Internet!" -Whitest Kids U Know

Posted with Microsoft Internet Explorer 7 on Windows XP
NewEmailPrintRSSIndex
All the content of these boards Copyright © 1996-2021 by Comicboards/TVShowboards. Software Copyright © 2003-2021 Powermad Software